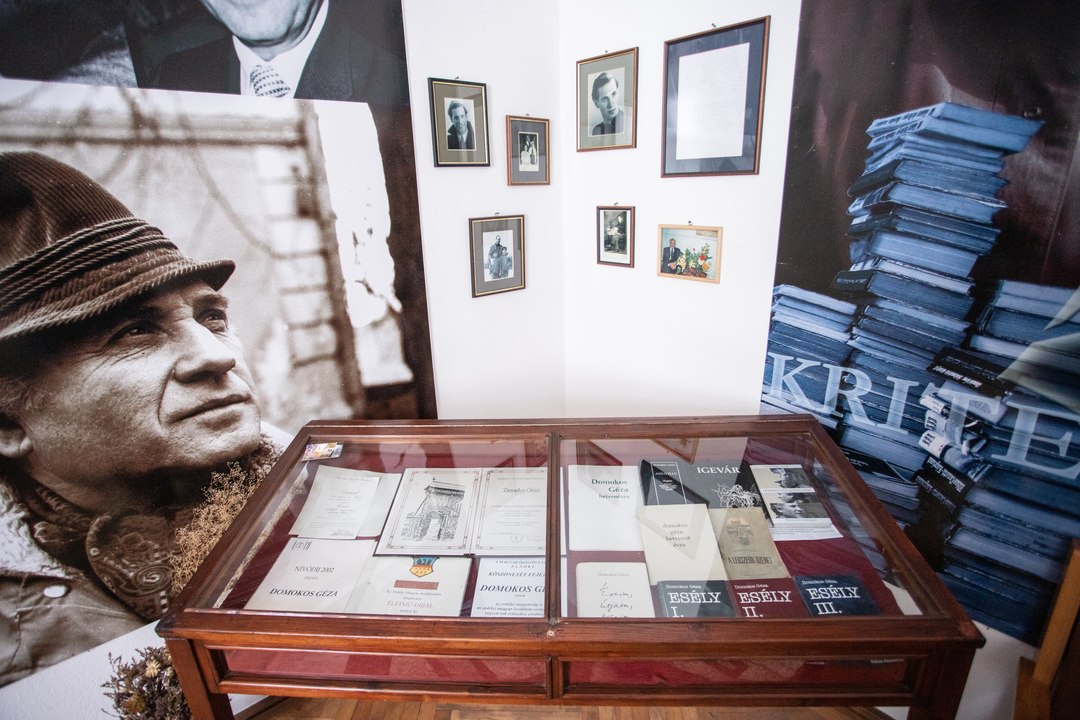 Discover the works of Mikes Kelemen, Csutak Vilmos, Kiss Manyi and Domokos Géza in the museum of Mikes-Szentkereszty Castle at Zagon.

The mansion, which was originally owned by the Mikes family, was confiscated with the family`s possessions at the end of the kuruc war of independence and then transferred to the Szentkereszty family. This is why the castle was named after these two families. The mansion was built in the 17th century by Benedek Mikes, the great-grandfather of Kelemen Mikes. This is also evidenced by the wood beam that was found during the renovation and which can still be seen in the museum.

The four memorial rooms of the museum received their names after the personalities that were related to Zagon: Géza Domokos, Kiss Manyi, Vilmos Csutak and Kelemen Mikes. Géza Domokos was a remarkable figure of Transylvanian literature in the second half of the 20th century and after the regime had changed, he worked as a politician. Kiss Manyi was one of the most prominent figures of Hungarian acting around the middle of the 20th century. She wasn`t born in Zagon, but spent her childhood there. Vilmos Csutak worked as the director and history teacher of the Székely Mikó College in Saint George, and was the first director of the Szekler National Museum. Kelemen Mikes, the founder of Hungarian fiction was born in 1690. He was taken to the court of Prince Francis II. Rákóczi and during the exile of the Prince to Turkey, he wrote the famous 207 letters, published under the title: ”Turkish letters”.

The museum of Mikes-Szentkereszty Castle at Zagon awaits its guests from 8 am to 4 pm, Monday to Sunday.