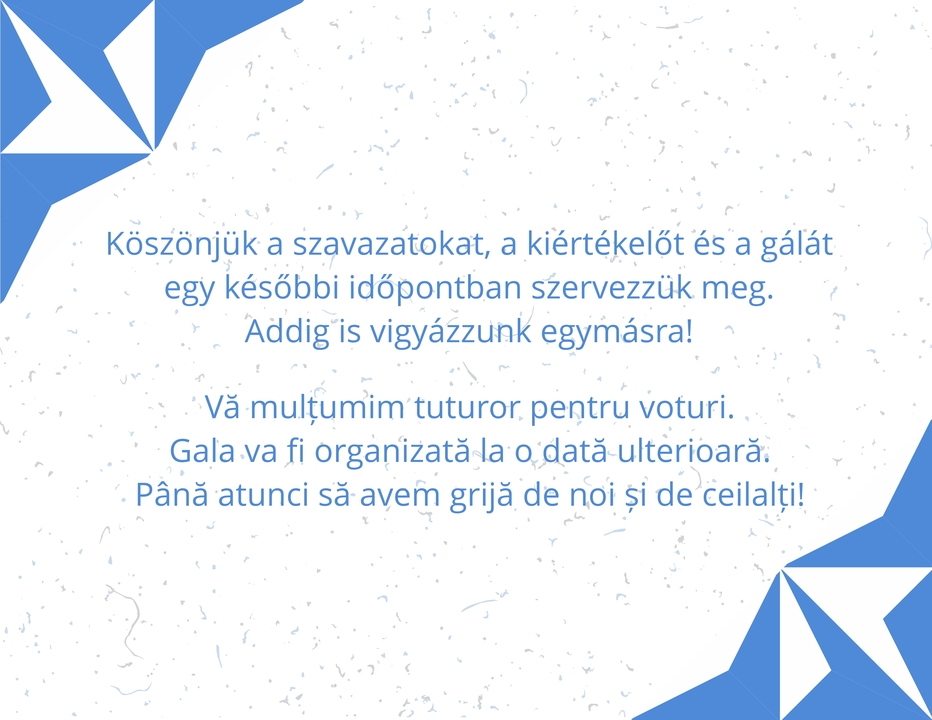 We postpone the Gala Visit Covasna

Due to the restrictions on event organization and due to the declared state of emergency, the organizers will hold the Visit Covasna Gala at a later date. While specialists in tourism were preparing for a successful year, the feedback shows that the sector was virtually knocked down by the coronavirus, said Róbert Grüman, vice president of Covasna County Council, who said: the Covasna County Tourism Association has conducted a preliminary survey of the effects of the corona virus on tourism.

“This year we expected the highest tourist traffic after the change of regime, as the number of visitors in January and February was 30% higher than in the same period of the previous year. Every day, the crisis situation caused by the epidemic, presents new challenges for those working in tourism, reaching to a complete standstill. The situation has become dramatic from one moment to the next, the departmental bookings practically decreased to zero by April, and the summer season is also completely uncertain. The loss of traffic in tourism can lead to the loss of many people’s job, endangering the livelihoods of many families” – said the vice president.

"Given the diversity of tourism-related services, there is no one-size-fits-all solution to all activities, but it is essential to encourage the retention of as many employees as possible and to support the lost revenue of restaurants and hotels. We encourage active training with a variety of attractive promotional packages to relaunch the industry in the post-crisis period. In order to support the development of internal tourism, we propose to double the value of the vouchers granted to the employees in 2021 and 2020 "- explained Grüman Róbert, presenting a part of the package of proposals aimed at tourism, highlighting that the County Council also calls for putting in implementation the proposals made by the UDMR. The Vice-President also added that supporting tourism businesses can be achieved through effective cooperation between government, local administrations and the tourism sector.

After the epidemic is over, the Tourism Association of Covasna County will launch a campaign to promote tourism, thus contributing to the stimulation of internal tourism. The Visit Covasna Gala would have taken place on March 26, the purpose of the event being to reward the specialists in the field of tourism, but also the units of public food and accommodation, events, etc. During the online voting period, 5280 votes were cast for the 24 categories, the results being final after the jury, and the date of the gala will be communicated later.

Information regarding COVID-19 infection
Information about the border closure
We postpone the Gala Visit Covasna
Help the doctors, nurses and health professionals in our county!
The Transylvanian BBQ Festival 2020 is cancelled
More